The best night out in northern England

Hotel was great pacing was great Newcastle was awesome (revolution bar was terrible) but I will use stag company again if I need to!!!

Newcastle needs no introduction: this is the party capital of the North East. Simply put, you won’t go wrong with a Newcastle stag do.

Newcastle blends an outrageously good nightlife scene with plentiful daytime stag favourites such as paintballing, quad biking, 5-a-side football and clay pigeon shooting. And the evenings promise Jägerbomb fuelled bar crawls to VIP nightclub entry into some of the city’s finest dance and drink institutions. One thing’s for sure: you won't be stuck for stag do ideas in Newcastle!

A stag weekend in Newcastle is one you’ll never forget, and we’ve got over 10 years’ experience in planning them, so we know exactly what we’re doing. Grab your bags, grab the lads, and get ready to party through a stag weekend to end all stag weekends! 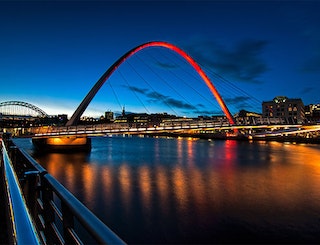 Most stag groups choose to arrive in Newcastle either by train or by car, although Newcastle Airport is just 20 minutes away by rail. The magnificent Central Station, opened by Queen Victoria, is a 10-minute stroll from the city centre, which itself is compact and very walkable, with lots of pedestrianised areas.

It’s easy to park here, with eight multi-storey car parks in the city centre, and many Newcastle stag hotels will also offer secure parking (sometimes for a supplement). 24 hour-parking can be had for as little as £15 at the NCP on John Dobson Street. So if you have a bunch of guys coming from one part of the country, it makes a lot of sense to car share and split the costs.

As for getting around in Newcastle, it’s an absolute breeze. Besides the excellent bus network, you’ve got taxi ranks close to all the main locations that stag do's find themselves: think Quayside, Bigg Market, Central Station and Dean Street.

And then of course you’ve got the Nexus, the Newcastle Metro, which is arguably the cheapest way of getting around the city. Connecting Newcastle with Gateshead and Sunderland, the coast and the airport, the Nexus has several stops in the city centre including Central Station, Haymarket and Monument, which is ideal for Grey Street. Just look for the big M. An all-day Metro ticket will set you back just £5.30, but bear in mind that most trains stop running by around midnight.

It’s no surprise that Newcastle is one of the UK’s most popular stag do destinations - this city is absolutely brimming with fantastic stag activities for you and the group to enjoy. If you’re an energetic bunch who would love a weekend full of classics like Bubble Football, or a combined Quad Biking and Clay Pigeon Shooting Experience, then we can arrange this for your Newcastle stag.

Something that makes Newcastle stag weekends stand out from most others around the country is the number of action-packed outdoorsy activities that are available to you. Your group might fancy a half day of Gorge Walking in Northumberland, or some Whitewater Tubing and Cliff Jumping out in the countryside. These ideas will leave you with plenty of stories to tell on the wedding day.

Got a group made up of football fans? Then you may want to plan the trip so that you can catch a game. You and the lads could head over to the famous St James Park which is one of the largest stadiums in the UK - easily reached on the Metro. If you need tickets, then you’ll be chuffed to know that we offer a match day ticket service in Newcastle. Or, if live music’s more your thing, you could try and arrange your Newcastle stag to coincide with a big festival like Hit the North, or This is Tomorrow. Newcastle is one of those cities where there’s something going on at all times, so it’s always worth doing a bit of research before you go to see if anything interesting falls on your weekend.

Looking for stag do ideas that combine cheap booze with lively venues and a fantastic clubbing scene? Newcastle is the jewel in the crown. The city is famed for its love of social drinking and friendly locals. As far as areas to check out, we recommend you visit Bigg Market, the Quayside and the Central Station for your stag do entertainment.

Howlers, formerly Madame Koo, is a must-visit stag do bar in Newcastle. Open ‘til 3am, it has everything from crowd karaoke sessions to giant pizzas and cocktails. But the highlight is a massive ball pit. Yes that’s right, a ball pit. Don’t ask us, we’ve got no idea what’s going on there either. Sounds fun though, right? Other exciting nightspots in the Diamond Strip quarter, backdrop to Geordie Shore, include the stylish Cha Cha Buchi, formerly the famous Floritas.

Our pick of the best stag do venues around Bigg Market in Newcastle must include the Bierkeller. This cavernous, underground pub brings a touch of Bavaria to Newcastle, with great steins full of foaming lager being clunked together as the night unfolds. Filthy’s, meanwhile, is not a strip joint as you might think from the name, but instead Newcastle’s premier live music venue, with DJs on the weekend playing indie and rock classics. As for Newcastle’s legendary Quayside, there are no end of stag do-friendly bars around here, with some of the liveliest venues in the city.

If you and the lads are planning on treating the stag to a lapdance, then we suggest heading to For Your Eyes Only, Newcastle’s most popular strip club and the largest of its kind in northern England. Inside the venue, the ladies will make you feel welcome and provide you with some sexy entertainment. Private booths are available if anyone fancies having a dance to themselves. Failing that, there’s a well-stocked bar for you to treat yourself to instead. 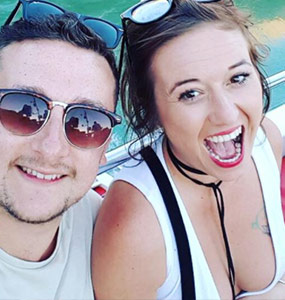 Get the stag a great fancy dress outfit. It's always funny for the pictures and if you've ever wanted to get your own back on your mate for something, now's the time!

21 definitely. For the uninitiated, it’s basically a game where you take it in turns to say numbers-you can say up to four numbers each and add in words instead of numbers to confuse people (EG instead of saying four you could say elephant) and whoever lands on number 21 has to down their drink. The more beers you have the harder it gets!

In Newcastle, I’d suggest saving your cash for activities and the nightlife. It’s much cheaper up North so you do get a lot for your money, but a night out on the town is so good I guarantee you’ll be out for the long haul. Accommodation wise, you’ll just need somewhere you can leave your stuff and hang your hungover head in shame come the morning-oh and it’s worth checking if they do a good fry up as you’ll definitely need it! We have loads of options in the city for stags on a budget, so you know you’ll have a decent place to rest your sore heads in the morning.

Activity wise, there’s so much to do in Newcastle that a weekend is almost not enough! Personally having tried a number stag of activities, I’d still recommend a classic bubble or binocular football experience. It doesn’t matter how big the age range is in your group or however many different personalities you’ve got, you’ll be hard pushed to find someone who won’t enjoy the activity!

Talking of football, Newcastle also offers human table football - it’s great if you have a large group as it’s also hilarious to watch when your team aren’t on the pitch. The game basically has giant inflatables and is a really unique activity exclusive to Newcastle. If your mates are really in to football we also have football tickets, so you can get close to the action - and trust me, no one celebrates after a game quite like the Geordies!

If you want something different, Newcastle also has a great rock climbing session. They throw in lunch and transport too so it’s a completely hassle free way to spend your time up North.

In the evening, there isn’t much point doing anything other than partying when you’re in the city, as I’d go as far as to say it has one of the best nightlife experiences of any stag destination. The bar crawl is really worth doing - some of the popular bars are in different locations so it’s worth getting someone who knows the city to show you where to grab a pint.

We also have entrance to some of the bars seen on Geordie Shore which are well worth a visit if you want to be at the centre of the city’s vibrant nightlife. I’d also say a boat party is a worthwhile way to start pre drinking. There are themed nights so it can be a really fun way to start off your night with other like-minded revellers. If you’re staying in the UK, you really can’t beat it - it’s arguably the party capital of Britain!

Rated 5/5
Great stag in Newcastle
Excellent service and very accommodating. Had a great weekend in Newcastle & the activities went smoothly and were soo much fun.

Daniel Skyers
Excellent company to use!!
Hotel was great pacing was great Newcastle was awesome (revolution bar was terrible) but I will use stag company again if I need to!!!

Chris Tubbz Randall
Epic night had by all
Newcastle know how to party and that's exactly what we wanted in a stag do destination! The package put together by The Stag Company was spot on with the accommodation just what was needed....a ...